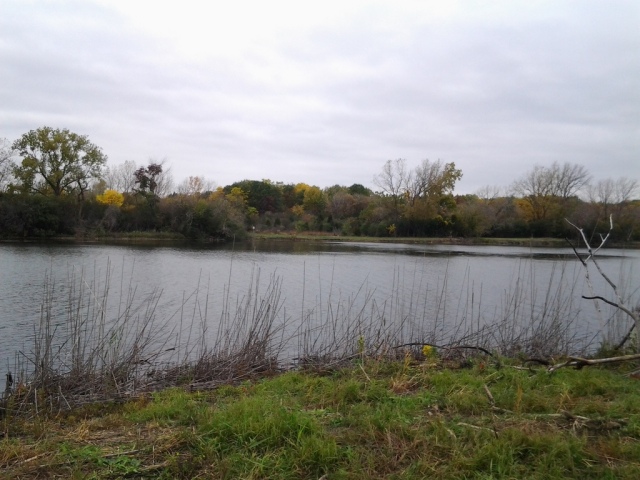 By the fifteenth month of the drought, the lake no longer held her secrets.

There it was, the body Laura had thrown into the lake years ago—or rather, what was left of it.

It has been such a long time, but the memories came flooding back as she watched the police pull the bones from the dried-up lake.

She glanced around at the shocked townspeople’s faces. After all, this was such a quiet town. None would suspect her, though. It would take quite awhile before they even figured out whose body it was. Then, could anyone really blame her?

Some of these people hadn’t even been living here yet. The young couple standing next to her, for example. The Sweeneys had moved here just a few years ago. Hopefully they wouldn’t be scared off. This town really needed a good dentist, especially with old Dr. Riddard forgetting to use novocaine when drilling cavities lately.

Of course, back then, Dr. Riddard was a good dentist. Her mother had always raved about him. And Laura was in a marriage that had turned out to be a very bad idea. It was a fast, hot affair, but the passion she and her husband shared soon turned against them. They fought continuously, about anything and everything.

And so the day that the life insurance salesman turned up, Laura had just had another terrible fight with her husband and was in a very bad mood. And when she had called to complain about her husband to her mother, all she heard was more complaints from her mother about people ripping her off. She was starting to find her mother to be a bit paranoid.

Laura scowled as she opened the door to a middle-aged man with salt-and-pepper hair carrying a large briefcase. He smiled at her.

“What do you want?” Laura snapped.

Laura just crossed her arms and glared at him.

The man’s smile finally faded just a bit, but he still continued. “My name is Paul Peterson, and I’m here to help you.”

Laura raised an eyebrow. “Help me?”

Now the smile left his face as he took some papers out of his briefcase. “Have you ever been concerned about what would happen to your loved ones if you died?”

“Not really, considering I already have life insurance through my employer, and it’s pretty clear that’s what you’re selling,” Laura said.

“Well, yes, you’re correct that I’m selling life insurance, but are you sure that your life insurance really covers you? You see …”

Laura ignored him and stared at the garden gnome her husband’s godawful mother had forced on her. She had always hated that thing.

The phone rang. Good timing, Laura thought. She turned back to the salesman, who was still prattling on. “I’m going to get the phone, and I’m not going to get any insurance from you.”

Laura shut the door and went to the phone. She already knew it was her mother on the line. She always called this time of day.

“Hi Mom. You called at just the right time.”

Her doorbell rang again. This insurance salesman was really persistent, Laura thought. Maybe he had a quota he needed to meet for the day.

“Yeah, there’s this annoying insurance salesman at the door…”

She was wondering if she should head to her mom’s house to see what had happened when she heard a loud thump just outside the door. While she was worrying about her mother, she had forgotten about the salesman.

Laura opened the door and her jaw dropped.

Paul Peterson was lying there in a pool of blood, and Laura’s mother was standing over him holding the garden knome.

“What did you do?” Laura looked around. Luckily, her neighbors were all at work. Laura worked the night shift at the local hospital as a nurse, and she was the only one home this time of day.

Laura leaned down and felt for a pulse. There was none.

Her mother looked down at her and pointed at the man. “He ruined my life. I never got paid after Larry died, and we paid a lot of money for that policy.”

Laura remembered how upset her mother had been that she had never gotten the money from the life insurance policy, and she had to move out of the house she had lived in for years and was now stuck living with a friend she only sometimes got along with. Still, Laura never would have imagined her mother killing someone over it.

Laura’s heart skipped a beat as a car came down the street and pulled into her driveway. It was her husband.

“What the…?”Tom gaped first at the body, then at her mother, then at Laura.

“We had an accident,” Laura said.

Tom stared at her. “What do you mean what to do about it? We call the police.”

“She should be put away. She’s crazy.”

“Yes, you are, you nutty old woman. You just killed this man.”

“I’m pretty sure ‘he deserved it’ isn’t considered a good excuse in court.”

“Mom! Tom! This isn’t helping.” Laura was silent for a moment, trying to figure out what to do. She couldn’t let her mother be locked away for the rest of her life, however long that might be. She could only come up with one solution. “We have to throw the body in the lake.”

“Throw the body in the lake? You’re just as crazy as your mother. Why did I marry you again?”

“Because I looked hot in that red bikini?”

Tom smiled. “Yeah, you did. But I’m still not helping you throw this guy’s body in the lake.”

Laura walked over to him. “Please, Tom. I know our marriage isn’t so great anymore, but can you please do this for me? I can’t let my mom spend the last years of her life in prison. Plus, he was a horrible man who hurt innocent old ladies. Right, Mom?”

Tom sighed. “Fine. We better hurry up before the neighbors come home.”

They wrapped the body in an old tarp and put it in the trunk.

A half-hour later, Laura and Tom each took one end of the body, and they threw the body in the lake. Laura’s mother walked up behind them.

Twenty-six years later, Laura stood by the same lake, wondering if they would be able to use the dental records to figure out who it was. She was the only one with the secret now. Her mother had died three years after she killed the insurance agent. Laura and her husband had gotten a divorce shortly thereafter, and he had died of a heart attack a little over a year ago.

She wasn’t sure if the insurance agent really deserved it or not. Regardless, she did feel at least a little bad for him.

As it turned out, Paul Peterson didn’t have life insurance.

all about my perspective here :)

My Soul In A Piece Of Paper

Journeys in the Attic

Thoughts on life... by Donald B. Wilson